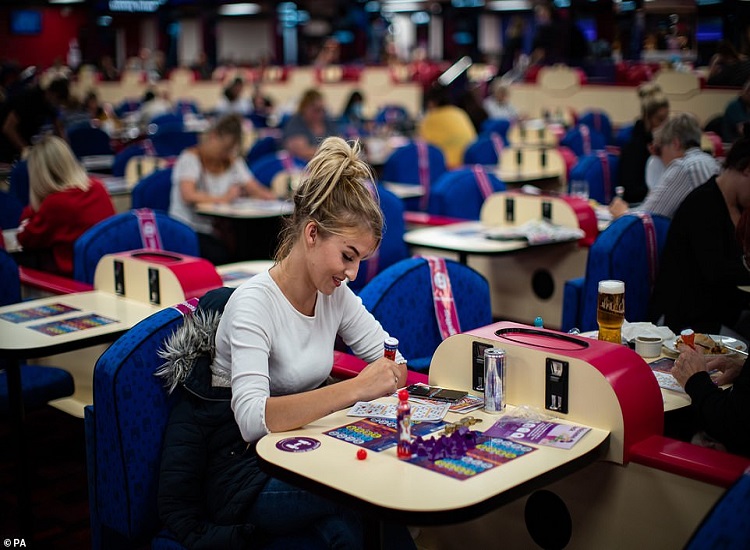 Over the last year, online bingo has been designated the part of both hero and villain. One minute we hear stories that playing online bingo will make you live longer, the next, that it can turn you into an addict. One story claims online bingo has opened up a new social community for millions of people in their own homes and that staying in is the new going out, the next, that online bingo has led to the demise of the local bingo club. And now it seems, online bingo is the latest reason why marriages are breaking up. According to a new survey by online bingo portal Online Bingo Club, around 70% of guys questioned felt online bingo was getting in the way of quality time spent with their girlfriends and wives.

But is there a flip side to the idea that online bingo is really a marriage wrecker? It’s most certainly a role reversal. Often we hear stories of women complaining that their man is out with his mates down the pub – but it seems that the growing popularity of online bingo has turned the tables on the fellas, with many moaning that online bingo is ruining their domestic bliss. One responder said: “I don’t know what happened, we used to be so close. Now she spends all her time online, while I wait for her to come to bed.”

He went on to add that he understands that it is necessary for everyone to have some alone time but failed to see why it should happen every night. I barely get to see her anymore the hapless man continued. And it’s not just happening online. In recent news reports, it is claimed one fed-up hobbies got so annoyed with his wife heading to her local bingo hall to play a few games that he called the police nine times in succession to lodge a complaint.

A few issues we want to raise. One, we think that online bingo is probably more of a symptom, rather than a cause, of an unhappy marriage. If someone chooses to spend more time indulging in a bit of eyes down action rather than locking eyes with their beloved, it may be that there are underlying problems. Secondly, we have heard just as many stories of online bingo leading to love – including the report not so long ago of two Gala Bingo roomies who found love in the chat room and are now happily married.

There is also the highly publicized Blind Date style promo happening at Wink Bingo at the moment. In their quest to bring a little romance to coincide with February, Wink Bingo have been offering it’s single roomies the chance to volunteer themselves as Mr. and Ms. Wink, with a real date promised at the end. For single guys and gals, it seems that online bingo can do wonders for your social (and love) life. So before we start seeing online bingo as something akin to adultery, we can’t help but think a little bit of responsibility wouldn’t go amiss.

In short, instead of moaning about it, we challenge the guys who feel that online bingo has cost them their other halves to man up! We have always been keen to stress that online bingo is not just for girls, and who knows, playing a bit of online bingo together may mean a full house when it comes to conjugal bliss. With the demographics suggesting around 20% of online bingo players are male, we can’t help but think the guys are missing out on a great game – and some quality time with their partner. Long-term happiness is about making an effort on both sides – and we have a sneaky suspicion that the online bingo couple that plays together, stays together.

Deposits and Withdrawals for Online Bingo

Internet Bingo With a Takeout Twist

Bingo Tips You Won’t Get Told by the Games Master