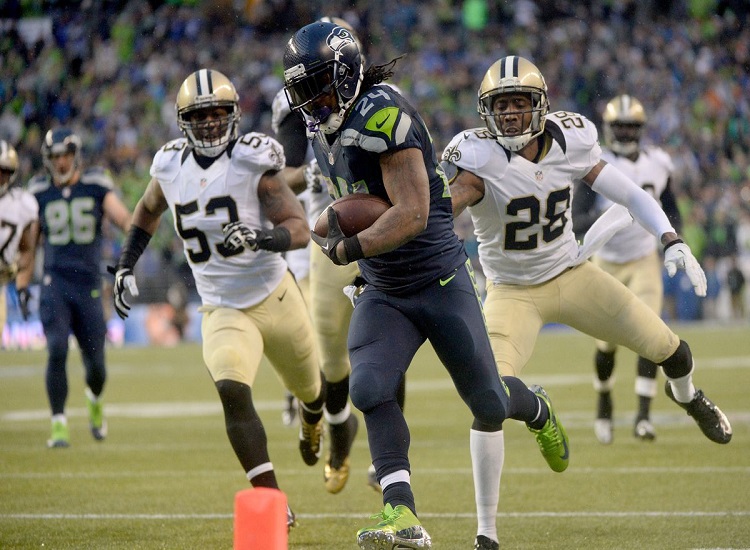 The Saints put a damper on the belief that “they can’t win on the road in the playoffs” last week with an opening weekend victory in Philadelphia. Although it was a nice victory for the Saints, this one will be much more difficult when the Saints enter the hostile environment that is, Century Link field. The Saints snapped a three-game road losing streak last week and now seek revenge in Seattle for a 34-7 blowout loss they suffered to these same Seahawks back in week 13.

On the other side of the ball, the Seahawks are going to try for their sixth straight home playoff victory, and their 16th win in their last 17 games at home. The return of wide receiver Percy Harvin will surely help the Seahawks, but the more important thing to note of in this one is that the Seahawks will finally have a healthy offensive line with LT Russell Okun, C Max Unger and RT Bruno Giacomini all healthy.

When you take a look at this New Orleans Saints team, you right away think of the offence. Quarterback Drew Bree’s, head coach Sean Payton and all those skilled players are hard to overlook. The Saints offence ranked 3rd in yards per game, 4th in yards per play and 8th in points per game this year. Needless to say, this team can put up points with the best of them.

But the Saints are at their best not when quarterback Drew Bree’s is slinging the ball all over the field, no, this offence is at its best when it can run the football. When the Saints run the football, head coach Sean Payton can utilize his whole offence. The Saints can control the clock, stretch the field, create space for scat back Darren Sproule’s and most importantly, create one-on-one matchup’s off of play-action.

The running back committee of Mark Ingram, Khiry Robinson, Darren Sproule’s and Pierre Thomas (if he plays), will all be key players in today’s game. I would look for a lot of run plays right up the middle of the field in the variety of wham’s, zone blocks and even some scoop blocks to keep the Seattle front seven off balance. The most important matchup to watch in the run game will be how Saints G’s Jahir Evans and Ben Grubbs handle the interior pressure the Seahawks will surely bring.
On defense, the Saints are very similar to their offence. They need to stop the run. The Saints allowed 109.8 rushing yards per game this year, but as evident in their final 3 games where they only allowed 78.7 yards per game, the Saints have great success when they stop the run. The Saints defense allowed only 19.3 points per game in those final 3 games as well.

Although the Saints defense may get a bad wrap from public perception, they are actually a very underrated unit ranking 4th in points per game allowed, 3rd in yards per game allowed, 10th in yards per play and 3rd in third down conversions per game. If defensive coordinator Rex Ryan can dial up some timely pressure to make Seahawks quarterback Russell Wilson uncomfortable, this underrated defense may be able to keep the Saints in the game.

The Seattle Seahawks are one of footballs best home teams. Winners of 15 of their last 16 at home and 7-1 on the year, this team is widely considered to be one of the best, and most complete teams in football.
On offence they are led by dynamic quarterback Russell Wilson. Wilson has become a master of making something-out-of-nothing and constantly keeps the play alive.